Notebook computers are computer designed specifically for portability and to be operated for extended periods of time either with or without a direct connection to a power source. Notebook computers utilise an integrated display, with a viewable diagonal screen size of at least 22.86 cm (9 inches), and are capable of operation on an integrated battery or other portable power source (source: Preparatory study on the Review of Regulation 617/2013 (Lot 3), Computers and Computer Servers, Task 1 report, Scope). 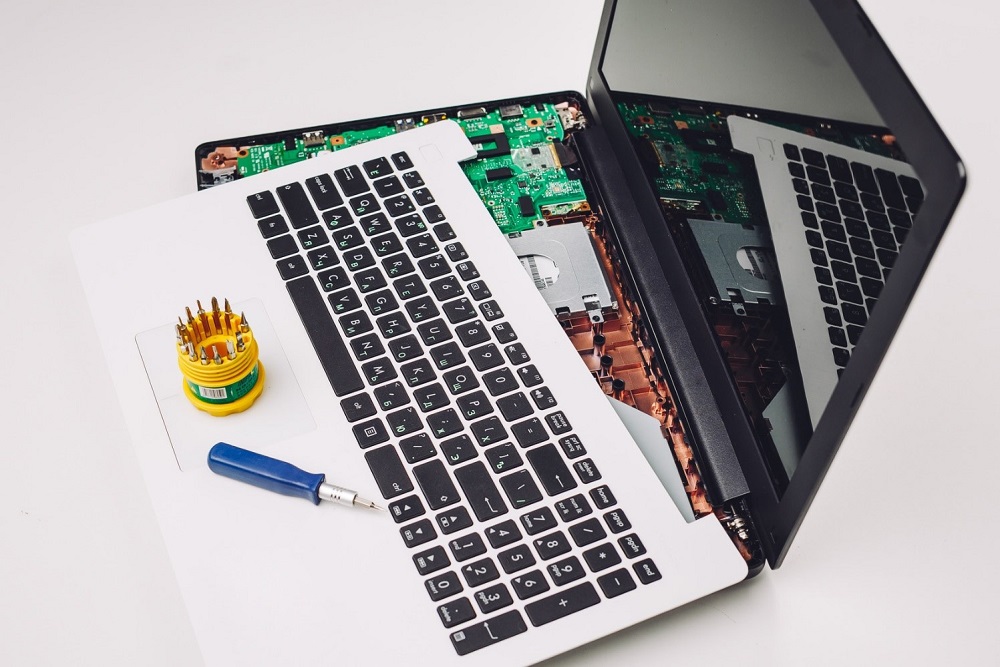 The estimated annual sales of notebook computers in EU amount to almost 42 million units per year. According to elaborations made by Risk & Policy Analysts Limited (2014) and values reported by Statista, the share of the EU market can be estimated to be in the range 34-37% of global notebook sales. The expected lifetime for this product is 5 years. 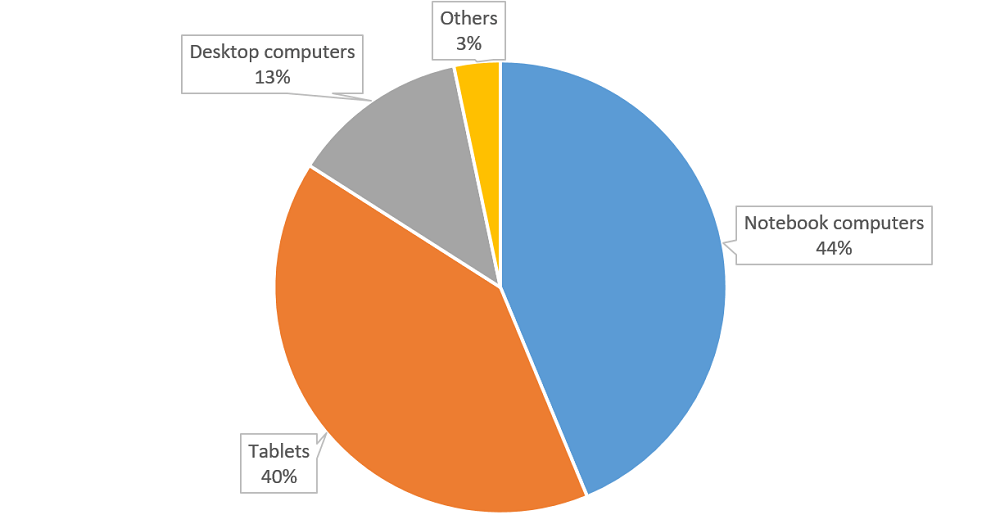 End-of-life (EoL) operators combine different dismantling and separation methods to waste notebook computers. Generally, processes for the recycling of computers are based on two scenarios:

Intermediate situations can be implemented as well. Overall, a material-efficient recycling of notebooks assumes that the extraction of the battery and the display panel is done manually, and that further manual sorting (e.g. removal of PCBs, mass storage units etc.). Thereafter, the rest of the notebook body goes then to a shredder for further separation of fractions (Gabriel, 2015; Vannieuwenhuyse, 2016).

The display panel is usually further dismantled manually or semi-automatically into fractions and components, e.g. iron and plastic fractions, and liquid-crystal display (LCD) panel and circuit board fraction. At present, LCD panels are either landfilled or stored for future treatments. Efficient recycling technologies for display panel  are still in an early development stage or under development: in these pilot processes the polarisation foils are removed from the LCD panel, the LCD panel is mechanically broken down and Indium (In) is mobilized through hydrometallurgical treatment (Rasenack and Goldmann, 2014; Rotter et al., 2012).

An Eurobarometer survey observed that, when a main failure occurs, 77 % of EU citizens would rather repair and reuse their goods, rather than buy new ones. Concerning notebook computers, the rate of failure increases each year a device is in use, ranging from 11 % failing in the first year to more than 20 % failing by year five. Moreover, by the end of year five, 61 % of notebooks had a failure that will require repair (IDC, 2016). The ease of repair, or upgrade, is important in order to prolong the operational life of the devices and of contained raw materials (by enhancing repair and refurbishing), and avoid environmental impacts due to the manufacturing of a new device and the disposal of electronic waste.

Bill of materials and current recovery of Secondary Raw Materials

The average bill of materials for notebook computers (Figure 3), can be retrieved by Talens Peiró et al. (2016b) with mass of battery as in Clemm et al. (2016). The majority of plastic components are made of plastic blends with flame retardants or by polymethylmethacrylate (PMMA). Excluding the printed circuit boards (PCBs), metals are present as aluminium, magnesium alloy and steel. A breakdown of PCB types and other lighter components is provided in Figure 4 and Figure 5, respectively. 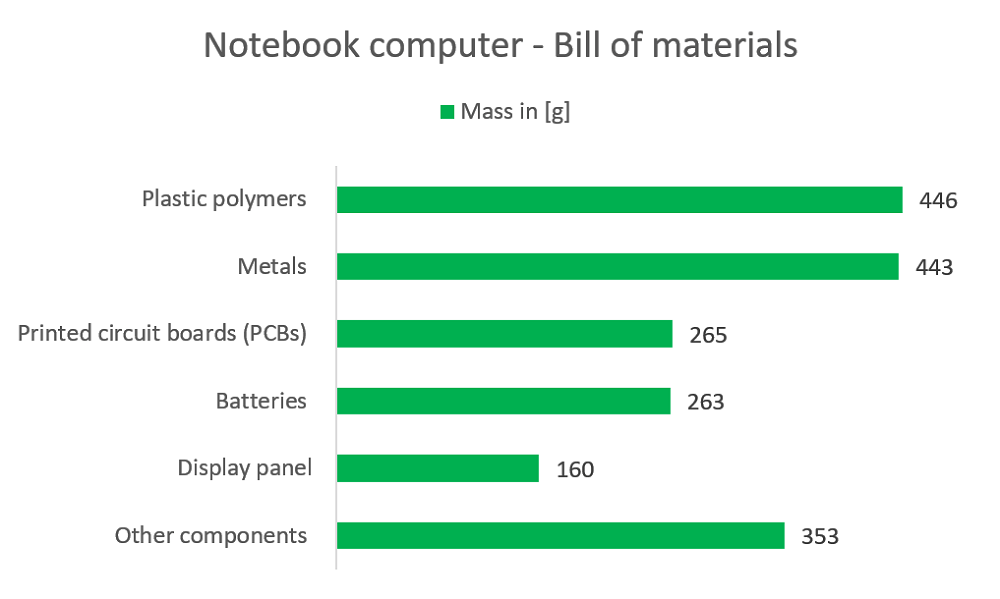 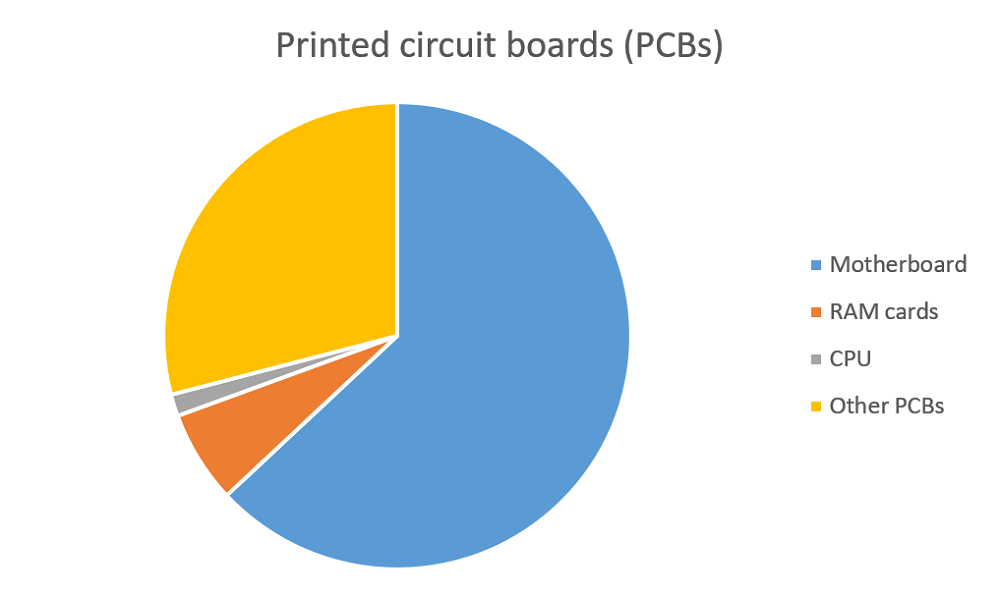 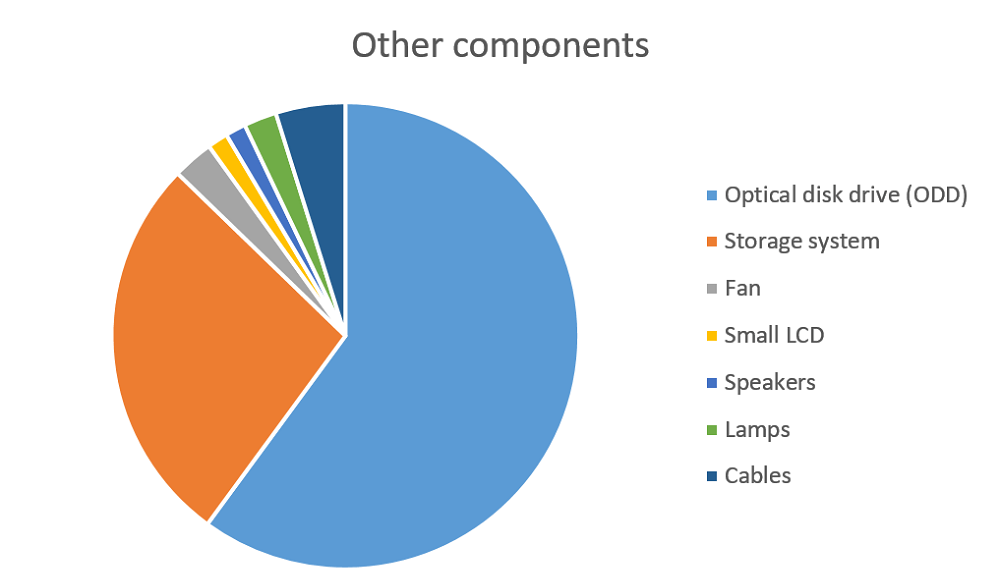 Figure 5. Other components in notebooks

Figure 6 represents the recycling rates for different materials and components in a notebook computer.

Figure 6. Recycling rates for different materials in notebook computers (JRC elaborations based on (Chancerel and Marwede, 2016))

Table 2. Average composition of printed circuit boards in notebooks and average recycling rates of different materials from PCBs separated for recycling (JRC elaborations based on (Chancerel and Marwede, 2016))

Potential added recovery of Secondary Raw Materials thanks to ecodesign

Possible strategies to improve the ease of dismantling of notebook computers are listed hereinafter:

These actions aim at facilitating the extraction and the identification of different components and materials, and eventually enhance recyclability of notebooks.

The analysed actions would grant an additional recycling of: